Breaking the Silence is an organization of veteran combatants who have served in the Israeli military since the start of the Second Intifada and have taken it upon themselves to expose the Israeli public to the reality of everyday life in the Occupied Territories. We endeavor to stimulate public debate about the price paid for a reality in which young soldiers face a civilian population on a daily basis, and are engaged in the control of that population’s everyday life.

Soldiers who serve in the Territories witness and participate in military actions which change them immensely. Cases of abuse towards Palestinians, looting, and destruction of property have been the norm for years, but are still explained as extreme and unique cases. Our testimonies portray a different, and much grimmer picture in which deterioration of moral standards finds expression in the character of orders and the rules of engagement, and are justified in the name of  Israel's security.
While this reality is known to Israeli soldiers and commanders, Israeli society continues to turn a blind eye, and to deny that what is done in its name. Discharged soldiers returning to civilian life discover the gap between the reality they encountered in the Territories, and the silence about this reality they encounter at home. In order to become civilians again, soldiers are forced to ignore what they have seen and done. We strive to make heard the voices of these soldiers, pushing Israeli society to face the reality whose creation it has enabled.

We collect and publish testimonies from soldiers who, like us, have served in the West Bank, Gaza and East Jerusalem since September 2000, and hold lectures, house meetings, and other public events which bring to light the reality in the Territories through the voice of former combatants. We also conduct tours in Hebron and the South Hebron Hills region, with the aim of giving the Israeli public access to the reality which exists minutes from their own homes, yet is rarely portrayed in the media.

Founded in March 2004 by a group of soldiers who served in Hebron, Breaking the Silence has since acquired a special standing in the eyes of the Israeli public and in the media, as it is unique in giving voice to the experience of soldiers. To date, the organization has collected more than 700 testimonies from soldiers who represent all strata of Israeli society and cover nearly all units that operate in the Territories. All the testimonies we publish are meticulously researched, and all facts are cross-checked with additional eye-witnesses and/or the archives of other human rights organizations also active in the field. Every soldier who gives a testimony to Breaking the Silence knows the aims of the organization and the interview. Most soldiers choose to remain anonymous, due to various pressures from official military persons and society at large. Our first priority is to the soldiers who choose to testify to the public about their service.

Ian McEwan, John le Carré and Julian Barnes are among British authors backing impoverished Palestinian villagers against Israeli army attempts to evict them to make way for a shooting range.

They are among a coalition of 44 internationally-acclaimed writers to have signed a petition supporting the campaign of around 1,300 inhabitants of eight West Bank hamlets to remain in their homes in the run-up to a landmark court hearing next week.
The villagers - many of whom live in caves - will confront Israel's armed forces in the country's supreme court in Jerusalem on Monday.
They are seeking to defeat the Israeli Defence Forces' (IDF) plan to demolish the primitive villages in the South Hebron Hills, where their families have lived since the 19th century.
The IDF has declared the region a closed military zone and wants to turn it into a training area called Firing Range 918. It says the move is essential to save time and money, according to a legal brief recently submitted to the supreme court.
Local inhabitants say forcing them out would destroy a traditional pastoral life-style that includes herding and growing barley and wheat.


The 44 writers - who also include five Nobel Prize winners, among them the Turkish novelist, Orhan Pamuk, as well as Philip Roth, Yann Martell and Roddy Doyle - condemn the army's plan as "a shameful policy that must end". Linda Grant, Nicholas Blincoe and Neil Gaiman are the other British writers to have signed the petition.
The authors' declaration voices supports for an earlier petition signed by 25 leading Israeli writers that demanded an end to the villagers' "unceasing harassment" by the army and Jewish settlers.
Attempts to evacuate the villages have been going on since the 1980s, residents say. The army evicted around 700 villagers in 1999. But they returned after the supreme granted them an injunction pending a final verdict.
In Jinba, a tiny village at the bottom of a steep hill whose only access road is a perilous rocky dirt track, locals accused the army of subjecting them to constant intimidation designed to make them leave.
Villagers are forced outside their homes in regular night-time raids in which soldiers check for illegal dwellers, they say. A recent incursion was said to have been accompanied by several helicopters.
Khaled Jabarin, 41, a sheep and goat farmer who lives in a shallow cave with his wife and eight children, said soldiers regularly throw stun grenades into houses in the middle of the night.
"In the last few months they have done everything to pressure us," he told The Telegraph. "They came in a Humvee and asked us, 'where are the bombs you are hiding?'. They don't waken people and ask them to leave, they just throw stun grenades into the houses while everybody is sleeping. The noise is like an explosion. I said to one of the officers, 'what effect do you think that has on the children?'
"I regard the daily harassment as a means to expel us, which isn't any different from driving us away because of the firing zone. But I prefer to die rather than leave here and become a refugee. I was born here and so were my father and grandfather."
In a statement responding to Mr Jabarin's claims, an army spokesman said: "The incidents described....are not known to the IDF. The IDF operate in 'Training ground 918' in a professional manner, focused on preventing terrorist and criminal activities. Any deviation from the professional norms expected from the forces would event in disciplinary measures."
Amiel Vardi, an activist in Ta'ayush, an Israeli human rights group, said the army had deliberately increased patrols in the run-up to the forthcoming court hearing. "The army wants to show now that the court case is coming up that this is very important to them," he said. "They are turning up much more than in the past as part of a show for the court."
source: The Telegraph 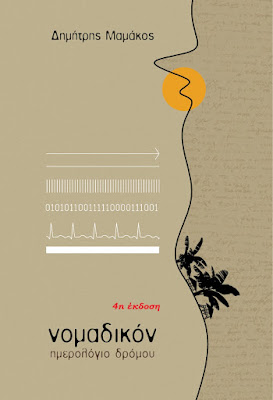 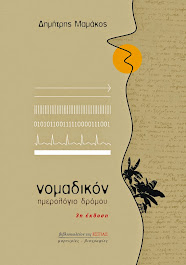